Look at him now! Ellis is now fully healed and ready for adoption. He gets stronger every day. 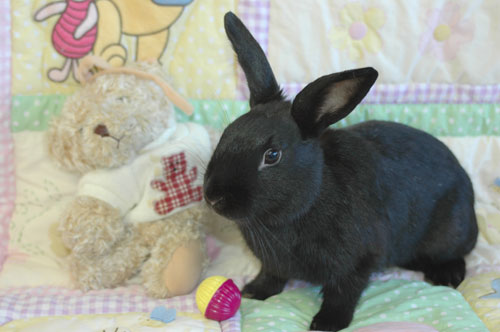 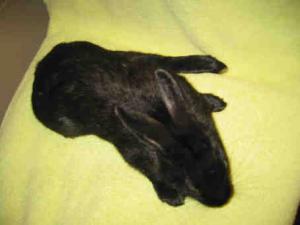 On 8-13-2006, he was "found " in adoptions with back leg injury. Unable to move his back legs. Somehow in a 2 X 2 area space, he fractured both hips and tibia - there is no report of injury. His vet thought he had a crush injury - she asked if possibly he had been stepped on. He was placed on the rescue list with a plan of euthanizing later if rescue did not take him.

Ellis sat there until we found him on the 24th. He had his first x-ray on the 25th at the humane society of Silicon Valley. We had no idea his condition was so serious until I went to see him. We rescued Ellis and placed him in a padded cage - He insisted on using a litter box so I cut one down so he can get in easily He was seen ASAP by Doctor HawkLyn of Creek side vet hospital on the 28th (first appointment we could get anywhere.) VCA couldn't take care of his type of injury. Adobe was unable to take him, as they had no doctor to evaluate orthopedic injury.

Dr. HawkLyn evaluated Ellis, reviewed his x rays and gave him a poor prognosis. She was shocked at his condition and did not appreciate that he had been left in such poor medical condition for such a long time without adequate medical care. She recommended surgical intervention immediately to preserve his back legs or euthanasia. She referred Ellis back to the Haven and recommended we locate an appropriate orthopedic surgeon - Her office was not able to handle the extensive surgical procedure due to his extensive surgical needs.

After an extensive search VCA and other ortho groups in the Bay area and San Mateo, we found Dr Shannon Thomas at Avian to see him on Tuesday 8-29th. She Diagnosed the injury as a bilateral hip socket fracture and tibia fracture. This hospital took additional films finding that his hip positioning had changed since the first x rays. This Hospital performed standard pre sugical tests and advised that he be allowed to rest and heal a bit more prior to surgical intervention. Dr Thomas said that his injury had already started to heal and at this point in time there was no rush. It was more important to let the swelling subside and to offer cage rest in the hopes that the hips will adjust and that the rabbit will be in better condition when surgery is performed. She states that Ellis is young and she thinks his prognosis is very good. She has performed the bilateral hip Fx repair and feels confident that she can do this successfully.

Ellis has an excellent appetite- drinks from water bowl and low dish. He uses a cut-down litter box and due to his cage rest status, and I use fleece pads to cushion him. He loves hay of all kinds.

Cage rest, love, good food and a clean environment is what he needs right now.